Your cart is empty due to time expiration 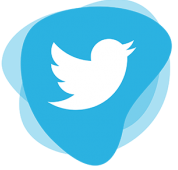 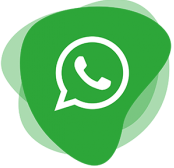 Not just any vintage building – one of the oldest in Paris. It stands in the identical spot that the Romans who conquered the city from the Celts within the first century BC erected their first fortress. The palace constructed upon the foundations of that old fort became in the end used as a royal house by the kings of France for some 1300 years until kings in the 14th century commenced to move their operations to cleaner, and greater easily defended areas outside the metropolis center. But for those 1300 years, the Palais de la Cite (of which the Conciergerie changed into one part) changed into the home of French kings and the epicenter of diverse political tasks that became an old Roman outpost into the largest and most impressive town in all of Europe. Conciergerie is today the constructing is a patchwork of different architectural styles that were introduced and expanded via unique kings, including brilliant halls, prison cells, administrative offices, or even a torture chamber. Their additions created jaw-dropping rooms just like the Guards Room and Hall of the Soldiers, which you can still see if you go on a Conciergerie tour. Needless to say, the building has come a long way from the original wood castle that the Romans erected there.

✘ Hotel Pick up and Drop Off

Know Before You Go

→ Please do not forget to share a reachable e-mail address and phone number while you making the booking, because you will receive your tickets and information mail via e-mail or whatsapp application.

→ Face Mask is compulsory & it should be provided by yourself.

→ Explore the ancient court of the French Revolution.

→ Be your self-guide, visit Conciergerie as you wish.

This activity is non-refundable.

This is a must visit place in Paris even if have just 1 day to spend.

Be amazed with the magnificent 1113 stained glass windows with Saint Chapelle visit. ...

Make the most of your trip to Paris and do as Parisians do with an express breakfast on the world-fa ...

See one of the principal places of detention during the French Revolution " Conciergerie" with a pri ...

Explore Paris with 1 or 2 days pass on an open-top hop-on hop-off sightseeing bus tour for panoram ...